No, the terrorism came from White Nationalist Right Wing Domestic Terrorists who in their own words were radicalized by President Trump, and now New Zealand is dealing with it too. 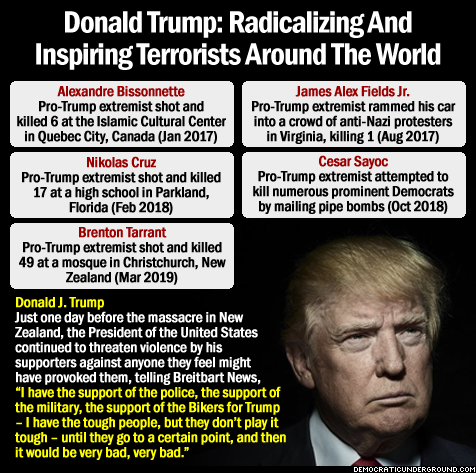