WASHINGTON — Hours after Beijing said it would increase tariffs on American goods in response to President Trump’s latest round of Chinese levies, the president ordered companies in the United States to stop doing business with China and warned of additional retaliation.

In a series of angry Twitter posts, Mr. Trump said “Our great American companies are hereby ordered to immediately start looking for an alternative to China, including bringing our companies HOME and making your products in the USA.”

The president also said he was ordering the United States Postal Service and private American companies like FedEx, Amazon and UPS to search packages from China for the opioid Fentanyl and refuse delivery.

“We don’t need China and, frankly, would be far better off without them,” Mr. Trump said on Twitter. “The vast amounts of money made and stolen by China from the United States, year after year, for decades, will and must STOP.”

It was not yet clear on Friday how Mr. Trump planned to carry out his demands, including ordering companies to begin seeking alternatives to China. Mr. Trump has routinely urged American companies to stop doing business in China and has viewed his tariffs as a way to prod them to move production. While some companies have begun looking for other places to locate their supply chains, including Vietnam, many businesses — particularly smaller ones — say such a move is costly, time-consuming and could put them out of business. 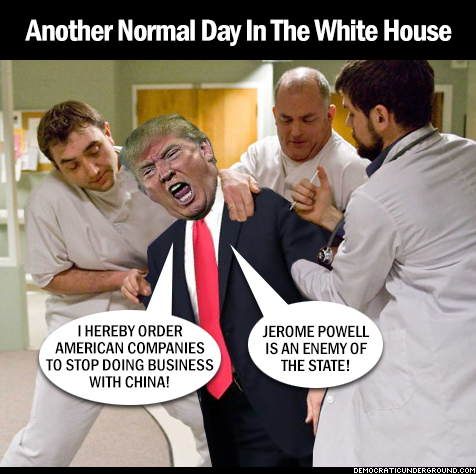