Yet another person could suffer fallout as a result of President Donald Trump’s Ukraine scandal and subsequent impeachment inquiry: Steven Menashi, Trump’s nominee for the Second Circuit Court of Appeals — and a key White House legal aide.

On Friday, the Huffington Post reported that four Democratic senators on the Judiciary Committee, including ranking member Dianne Feinstein (D-CA), sent Menashi a letter demanding that he clarify any knowledge he had about the call, and giving him until October 7 to respond.

“We write to inquire about your knowledge of or involvement with any of the events related to a telephone call between President Trump and Ukrainian President Volodymyr Zelensky on July 25, 2019, or a whistleblower complaint about that call and efforts to pressure Ukraine to interfere in the upcoming 2020 U.S. election,” said the letter.

Even before the Ukraine scandal, Menashi was a deeply controversial judicial nominee. He has criticized feminism and diversity, compared affirmative action to Nazi Germany, scorned anti-sexual assault protesters as “gynocentrists,” claimed that financial aid for college students is unfair to rich people, accused the Human Rights Campaign of “exploiting” the death of gay student Matthew Shepard, and helped Education Secretary Betsy DeVos roll back campus civil rights protections for rape survivors. He is also opposed by both senators from his home state of New York, meaning Republicans would have to once again ignore the “blue slip” tradition to confirm him.

Even some Republicans have expressed reservations about how extreme Menashi is, and were put off by how rudely he behaved in his confirmation hearings. Sen. John Kennedy (R-LA), who sits on the Judiciary Committee, said, “I’m real doubtful” about supporting him, saying, “My thought is, look, if he’ll treat a United States senator the way he treated us, I wonder how he would treat the people.”

This comes as Volker, a longtime, widely respected diplomat, is facing a volley of questions about his involvement in the Ukraine scandal, in which Trump apparently pressured Ukrainian President Volodymyr Zelensky to help him dig up dirt on former Vice President Joe Biden.

In particular, Volker appears to have been in touch with Trump’s personal attorney Rudy Giuliani about setting up the call — a fact that Giuliani himself confirmed on Thursday by releasing a text message exchange between them.

On Thursday, Vanity Fair documented “management bedlam” at Fox News as a Tucker Carlson guest attacked legal analyst Andrew Napolitano as a “fool” for backing impeachment of President Donald Trump, Shepard Smith criticized Carlson for not standing up for a colleague, and the network admonished Smith — all while Sean Hannity is privately wringing his hands about the whistleblower scandal and former House Speaker Paul Ryan is advising Lachlan Murdoch to prepare the network for a post-Trump political landscape.

As the Hollywood Reporter’s Jeremy Barr noted on Friday, that situation has not gotten any better in the subsequent hours. Hannity publicly blasted the Ukraine investigation as a “never-ending, unceasing, hysteria, lies, hoaxes, conspiracy theories,” and “a real, clear, present danger to this republic,” while news reporter Chris Wallace blasted the “astonishing” and “deeply misleading” narrative that right-wing defenders of Trump have been crafting to excuse his behavior.

All of this, Barr wrote, is exacerbating the long-simmering tensions between the news and opinion side of the network — both of which have a right-wing slant, but the former of which has at least a modicum of fact-checking and traditional investigative journalism.

“There’s always been a gap between the network’s news and opinion wings, but people who appear on Fox News tell THR that the chasm has recently been growing,” wrote Barr. “Carl Cameron, who spent 20 years at Fox News and left as the network’s chief political correspondent, said he used to take the brunt of the opinion wing. ‘I was routinely roughed up by the primetime hosts,’ he said. ‘It was clear that the entertainment side was at odds with the news department only if you lived in the middle of it.’”

Secretary of State Mike Pompeo was subpoenaed by Congress on Friday.

The chairmen said Pompeo had until October 4 to comply with the document request.

Five officials working under Pompeo have also been scheduled to provide depositions.

“The Committees are conducting this investigation in an expeditious, coordinated manner. The Inspector General of the Intelligence Community has determined that the whistleblower complaint raises a matter of ‘urgent concern,’ is ‘credible,’ and ‘relates to one of the most significant and important of the DNI’s responsibilities to the American people’: our free and fair elections,” the Chairmen wrote.

Chairman Adam Schiff (D-Calif.) announced on Tuesday that Daniel Goldman joined the committee last month as senior adviser and director of investigations. Goldman, who was second-in-command at SDNY’s organized crime unit, has prosecuted the Russian mob and has secured convictions for racketeering, murder and money laundering, including against the Genovese crime family. 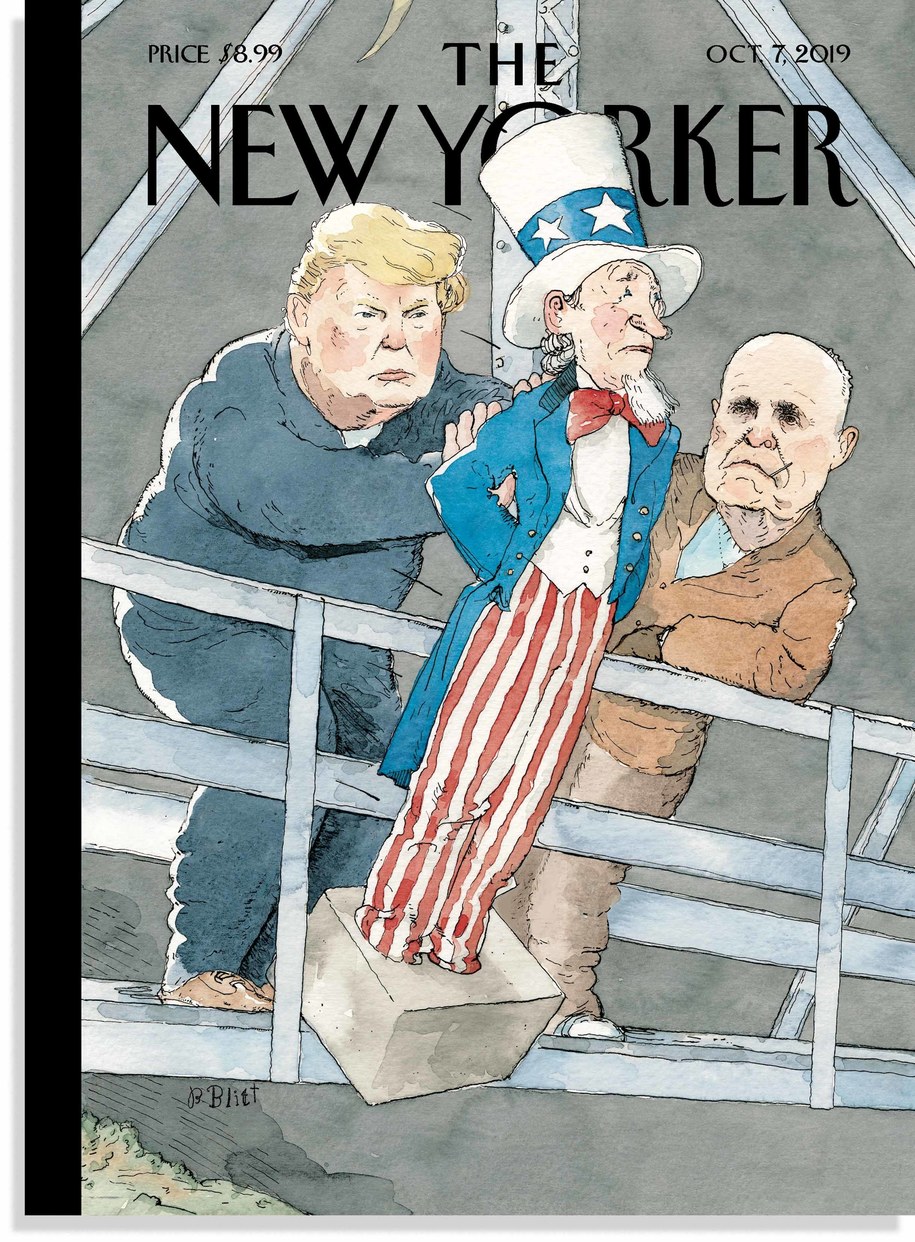