Does the TeaPUblican party hold classes in how to lie with a straight face?  Must be.  Listen to Kevn McCarthy (R, CA, House Minority Leaer) lie and lie and lie.

House Minority Leader Kevin McCarthy (R-CA) had an embarrassing moment on “60 Minutes” Sunday, when co-host Scott Pelley read the concerning excerpt from the transcript of the call between President Donald Trump and Ukraine.

McCarthy was asked about Trump’s quote, “I would like you to do us a favor, though.”

“No, it’s in the transcript,” Pelley corrected him.

Given McCarthy is the top Republican in the House, it’s unclear why he was unaware of what the transcript actually said. When it came to talking points from the White House, however, McCarthy could cite them verbatim.

“How do you expect the president’s defense to roll out?” asked Pelley.

McCarthy was confused, and asked “the defense of what?”

“Well, there is an impeachment inquiry,” Pelley said.

McCarthy rattled off the talking point that the impeachment would never have happened if Speaker Nancy Pelosi had the Ukraine transcript. In fact, the transcript was more damning than many expected.

Pelley called McCarthy out on parroting the Trump line.

“[These] are the White House talking points emailed to the Congress this week,” Pelley said. “And I am asking you, was it appropriate for the president to ask for investigations of his Democratic rivals with another foreign leader?”

Here is a copy of the transcript.  Read it for yourself.

Here are the Republican talking points (two pages — use the arrow on the left/right side of the page to go backa nd forth between the pages) that all Republicans are to use in response to questions about Trump and Ukraine.  How did we get them?  Because someone in the Republican Party emailed the talking points TO EVERY DEMOCRAT IN THE HOUSE OF REPRESENTATIVES. 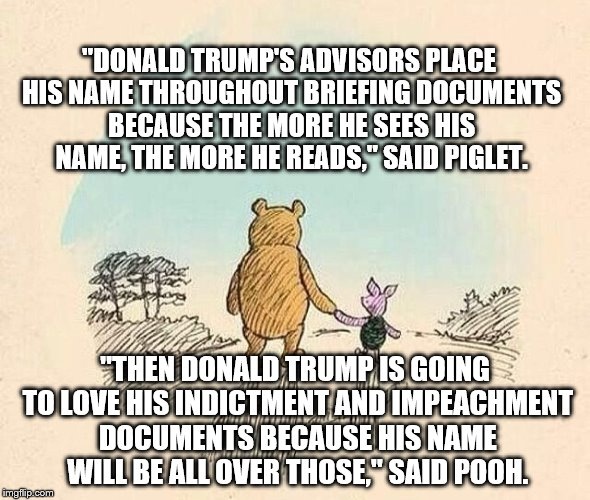