President Donald Trump may inspire violence as the impeachment inquiry continues to escalate against the administration.

There is evidence of Trump soliciting foreign election interference from Ukraine, China, Australia and Italy.

As the scandal has rapidly intensified, Trump has lashed out at Democrats and the press in media appearances and, of course, on Twitter.

“There is a lot going on, but widening out with you, as we sometimes do, what do you see here?” Melber asked.

“I think that it is Trump’s grandiosity,” Cobb replied. “And you know, we know this, the people who have observed him long before he entered political life knew this about him, his narcissism and sort-of unbounded self-regard, but he imagined himself on a someone of great consequential actions and his potential removal from office would create a fissure the likes of the Civil War.”

“That’s not true,” he noted, explaining the root causes of the war. “But what does disturb me about this and what makes me worry, is a person who is given to those kind of flights of grandiosity is also prone to thinking of themselves as being persecuted on a similar scale.”

“I think that this makes us have to consider that we are entering possibly the most dangerous phase of the already dangerous Trump residency,” the warned.

“It might seem tempting to dismiss this language as of a piece with President Trump’s typical Twitter rhetoric. But it is worth paying particular attention to this tweet—because among the people who read it were militia groups enthusiastic about exactly what Trump portended. And while no violence has yet resulted from the president’s tweet, it would be foolish to underestimate the power of Trump’s comments to call rogue militias to action, particularly if there is an impeachment and he continues to use this rhetoric to fan the flames,” Lawfare reported.

Cobb said that causal relationships are tough to prove, but that it was worrying.

“It’s significant enough that there are people who will believe that he is encouraging them towards these types of actions,” Cobb concluded, reminding the audience MAGA bomber Cesar Sayoc.

Meanwhile, here are a few photos Trump’s “militia” might want to consider. 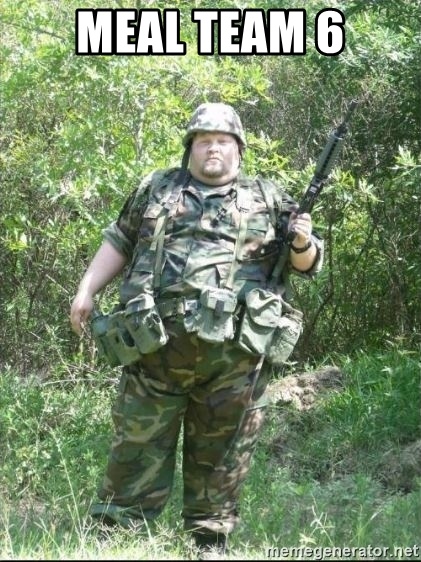