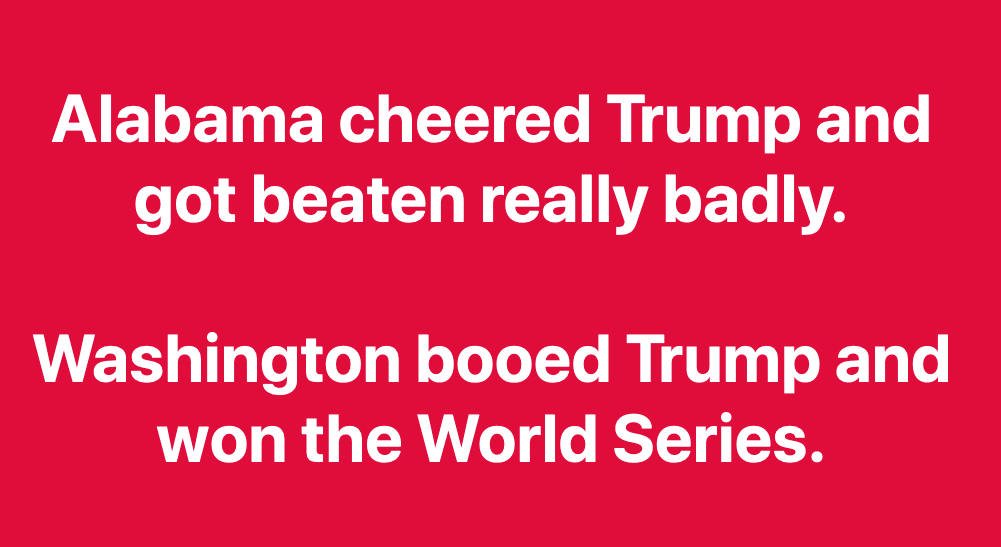 This was the worst home game for Alabama since 1907 when Sewanee College scored 57 points against them.

Trump attended the football game and was cheered by Alabama fans.

Trump attended a Washington Nationals at-home World Series baseball game between the Nationals and Houston Astros where he was booed and the crowd chanted “Lock him up!”.  The Nationals went on to win the Series.

It really is true:  Everything Trump touches dies.