President Donald Trump held a White House Hanukkah party a few weeks before the Jewish holiday and during the event, he seemed to be claiming he served in the military when he didn’t.

“Like we used to say in the military, make a path,” Trump said.

THIS IS BULLSHIT.  TRUMP HAS NEVER SERVED ONE MINUTE IN UNIFORM.  Oh, when he was high school age, his father sent him away to a private “military school” in Pennsylvania because Donald was an uncontrollable asshole.

Through five generations, 150 years, and two world wars, not a single Trump has served in any branch of the US military.

Trump is a lying coward. 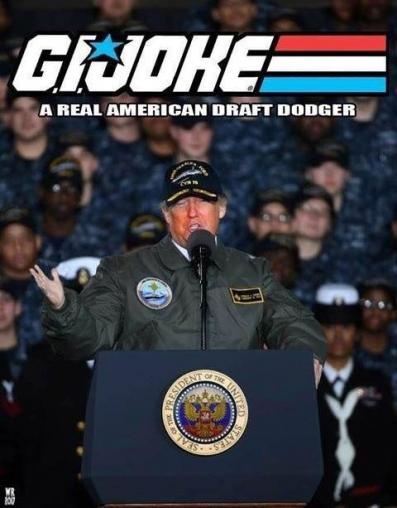