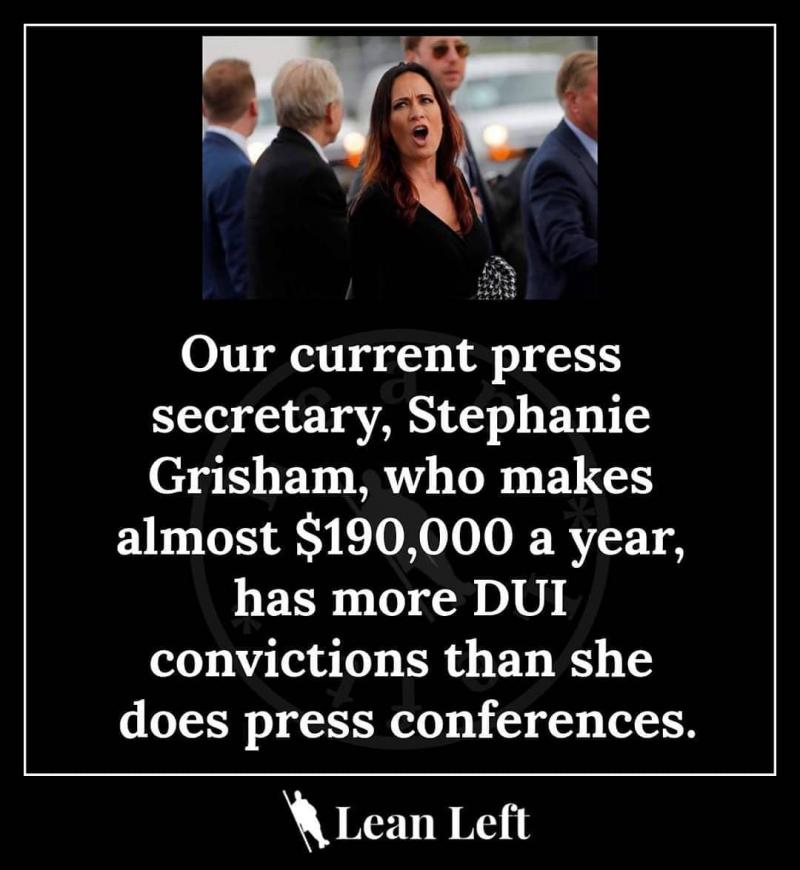 She’s perfect for a job in the Trump administration:

Two marriages and divorces within seven years, two DUIs; Grisham was the spokeswoman for AAA Arizona in 2007, fired within a year after being found cheating on expense reports; fired from a subsequent job at ad agency Mindspace over plagiarism charges . . .
The perfect Trumpian.