If any Republicans read this blog post and don’t like it, too goddam bad.  You need to look deep into yourself and recognize that you, too, are as morally and ethically corrupt as Trump.  Yes, you are.

Back in October 1973, Richard Nixon attempted to fire several Department of Justice officials to block the Watergate investigation.

Two ethical and moral giants refused to knuckle under to Trump, resigning instead:  Eliot Richardson and William Ruckleshaus.  The morally bankrupt Robert Bork went along with Nixon.

Now that the Senate has acquitted Trump of obvious abuse of his office, Trump has launched on a vendetta that will turn out to be as bloody as anything launched by a mob boss.  He has fired LTC Alexander Vindman and his brother, LTC Yevgeny Vindman as well as ambassador Gordon Sondland.

Is there a single Republican — other than Mitt Romney — who is opposing Trump?  NO.  NOT ONE.

Sadly, there are no moral giants like the Richardson and Ruckleshaus.

Instead, today’s Republican Party is filled with feckless cowards; moral degenerates; weaklings and cowards; cultists who have sold their souls to the Cult of Trump.  Chief among these degenerates are: 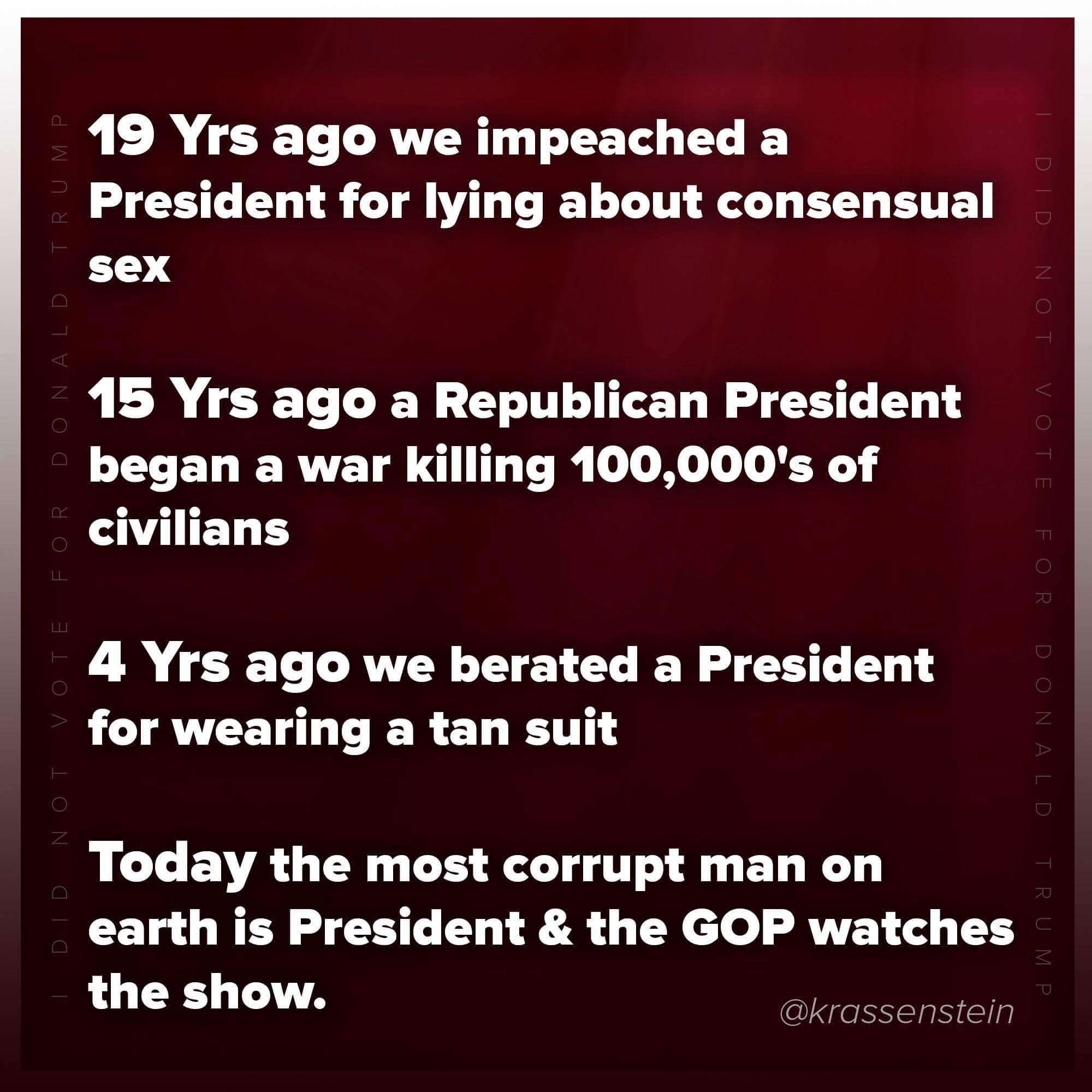 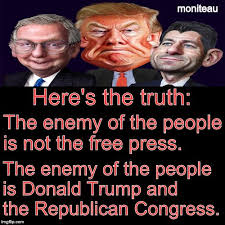 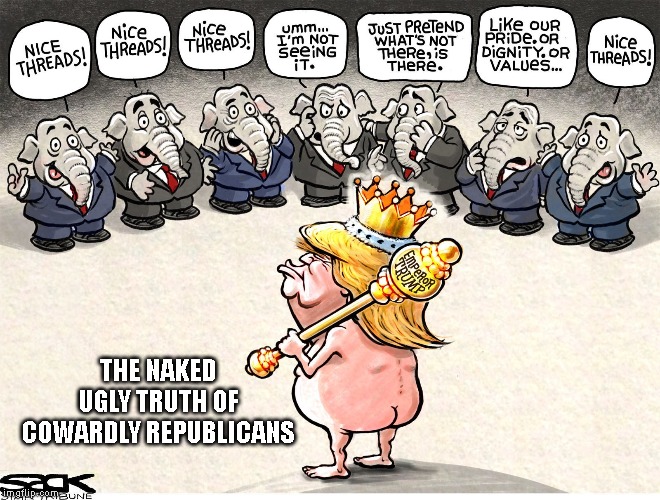