John Kennedy’s book “Profiles in Courage” was a slim volume.

Historians will write the history of the Republican acquittal of Donald Trump — it will be a multi-volume set titled “Profiles in Cowardice and Evil:  Republican Party of 2020.”

Jay Sekulow, the lawyer who repeatedly insisted that President Donald Trump was not personally under investigation, may soon find himself under investigation after it was reported that his Christian nonprofit steered tens of millions of dollars to himself, family members and their businesses.

The attorney general of North Carolina is also investigating evidence that Sekulow steered $60 million in charitable donations to his family members. “The reports I’ve read are troubling. My office is looking into this matter,” Josh Stein, the attorney general of North Carolina said in a statement. Amy Spitalnick, a spokeswoman for Schneiderman added in an emailed statement to the Guardian, “We’re reviewing their filings.”

On Tuesday the paper reported on filings that show that since 2000, Sekulow’s group “paid more than $60m in compensation and contracts to Sekulow, his relatives and companies where they hold senior roles.” The Guardian elaborated:

Nonprofits are forbidden by law from giving excess benefits to the people responsible for running them. CASE ’s board is dominated by Sekulow and his family. The group is registered with state authorities to operate and raise funds in 39 states plus Washington DC, according to its last available IRS filing. It is closely entwined with American Center for Law and Justice (ACLJ), another Sekulow nonprofit.

Well, well . . . imagine that . . . associated with Trump, using a charitable non-profit as a personal piggy bank.

Secretary of State Mike Pompeo cursed and shouted at an NPR reporter after she repeatedly confronted him about his handling of the politically charged ouster of former U.S. Ambassador to Ukraine Marie Yovanovitch.

According to a transcript of the interview between NPR host Mary Louise Kelly and Pompeo, he repeatedly dodged questions on Ukraine and grew increasingly irate after Kelly asked, “Do you owe Ambassador Marie Yovanovitch an apology?”

“You know, I agreed to come on your show today to talk about Iran,” Pompeo said before going on to insist, “I  just don’t have anything else to say about that this morning.”

When Kelly kept grilling him and noted that some within the State Department had criticized his failure to stand up for Yovanovitch after she was fired amid what she described as a smear campaign orchestrated by President Trump, Pompeo sought to dismiss the criticism as being from “unnamed sources.”

At the end of this remarkable exchange, during which @NPRKelly asks @SecPompeo why he hasn’t defended Amb. Marie Yovanovitch, the Secretary of State ends the interview: pic.twitter.com/WJkrDsduwH

But Kelly stopped him: “These are not unnamed sources. This is your senior adviser Michael McKinley, a career foreign service officer with four decades experience,” she said, reminding Pompeo that McKinley had testified on the matter under oath.

Declining to comment on McKinley, Pompeo insisted, “I have defended every State Department official,” only to end the interview when Kelly asked him to refer her to any comments he’d made in defense of Yovanovitch.

According to NPR, things grew even more heated after the interview had concluded, when Pompeo is said to have “silently glared” at Kelly before leaving the room. She was then reportedly asked to follow him without her recorder, but without any agreement that the following conversation would be off the record.

Pompeo wrapped up the meeting by declaring that “people will hear about this.”   Damn right, fool, they’ll read about it right here.

President Trump just sent his 54th tweet of the day Jan 24, 2020. The large majority of the tweets and retweets today are on impeachment and criticizing Democrats.

The Do Nothing Democrats just keep repeating and repeating, over and over again, the same old “stuff” on the Impeachment Hoax. They want to use up ALL of their time, even though it is the wrong thing to do. They ought to go back to work for our great American people!

So — the President of the United States has time to send 54 tweets.  What else does he do?  That’s easy:  NOT A GODDAM THING.

An audio recording that has been reviewed by ABC News catches President Donald Trump ordering a mob hit on former American ambassador to Ukraine Marie Yovanovitch.

According to ABC News, the recording was made in April 2018, which was more than a year before Yovanovitch was finally ousted from her position. Additionally, ABC News reports that the recording was made by Igor Fruman, the now-indicted henchman of Trump lawyer Rudy Giuliani, who captured the president’s voice during a private dinner where he also met with Fruman’s co-conspirator, Lev Parnas.

Trump’s tirade against Yovanovitch came after both Fruman and Parnas had informed the president that the ambassador was known to say nasty things about him, which prompted Trump to demand her dismissal.

Ironically, Parnas also claimed that Yovanovitch routinely badmouthed the president by predicting that he would get impeached — a prediction that has now come true thanks in part to Trump’s firing of Yovanovitch.

Despite Trump’s demands, however, it would still be another year before Yovanovitch was recalled.

Giuliani apparently makes reference to how long it took to actually get the ambassador fired in a text to Parnas in which he says, “Please don’t tell anyone I can’t get the crooked Ambassador fired or I did three times and she’s still there.”

And now we know what prompted this message exchange between Giuliani’s thug Parnas and Hyde, the hit man hired by Parnas.

And now, let’s state the obvious:  The GOP spent years attacking Clinton for failing to protect a US ambassador, yet they continue to defend Trump in the face of mounting evidence that he ordered a US ambassador killed. 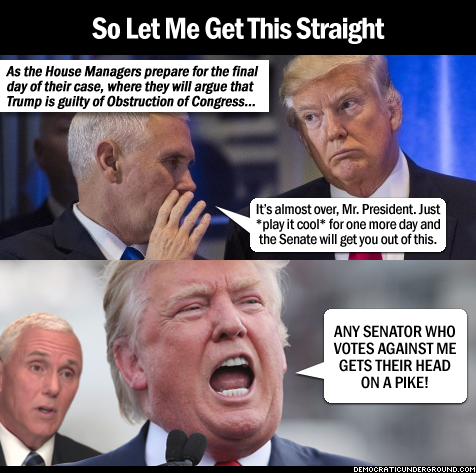 What are the odds that some of these people are actually dead?

The Pentagon said on Friday that 34 service members had been diagnosed with traumatic brain injury following missile strikes by Iran on a base in Iraq earlier this month.

Trump and other top officials initially said Iran’s attack had not killed or injured any U.S. service members.

Last week the U.S. military said 11 U.S. troops had been treated for concussion symptoms after the attack on the Ain al-Asad air base in western Iraq and this week said additional troops had been moved out of Iraq for potential injuries.

On Wednesday, Trump appeared to play down the injuries, saying he “heard that they had headaches and a couple of other things.”

Pentagon officials have said there had been no effort to minimize or delay information on concussive injuries, but its handling of the injuries following Tehran’s attack has renewed questions over the U.S. military’s policy regarding how it deals with suspected brain injuries.

Anyone attend the Hanover County Republican Party meeting on Jan 23?  If so, how many presents did they receive?

Part of the Agenda as follows.

Program:
Budget for 2020
Elect Vice-Chair of Precinct Organization
Elect Chair to fill out the remainder of Nick Collette’s term

Trump wears shoes with 2 inches of lift — the shoes force him to lean forward when he stands.  He wears those shoes to make himself taller.  He wears slightly oversize suits to make himself look bigger than he really is and to hide his bulging stomach.  In fact, he’s a tub of lard. 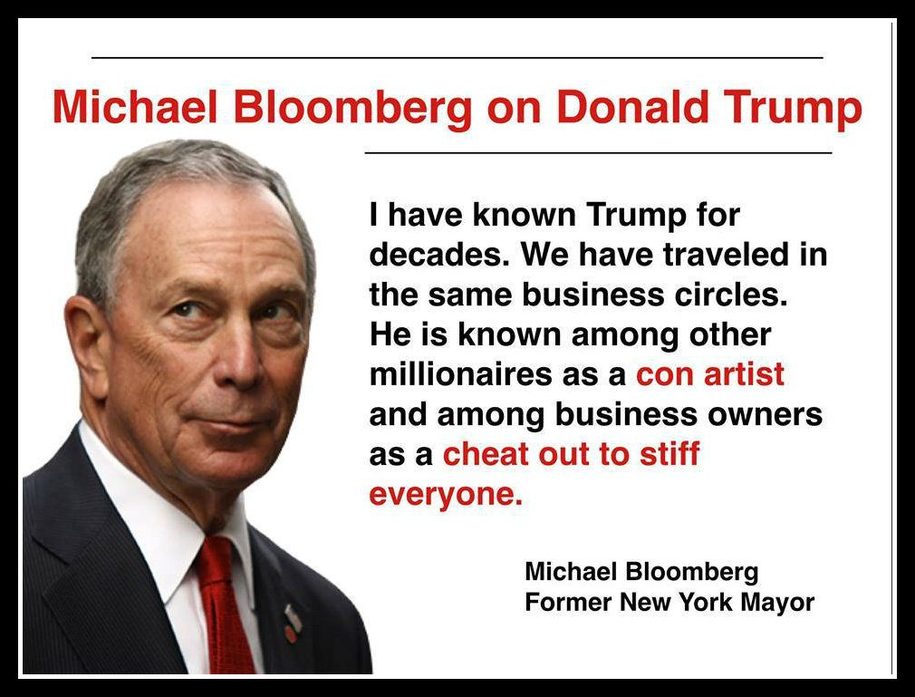