A former top Justice Department official has a warning for President Donald Trump.

Neal Katyal, who served as acting solicitor general under President Barack Obama, said Trump seemed to “get away with everything,” including a series of pardons and commutations Tuesday for his friends and allies.

But he warned the president that his legal luck is going to run out thanks to a “robust tradition of law” in the United States.

“But I have news for him: The law is going to come after him,” Katyal said Tuesday on MSNBC.

WikiLeaks founder Julian Assange claims President Donald Trump dangled a pardon through a Republican lawmaker if he agreed to cover up Russia’s involvement in 2016 election hacking.

Assange’s lawyer Edward Fitzgerald told a London court Wednesday that former Rep. Dana Rohrabacher had passed along the offer in exchange for testimony that Russia had nothing to do with DNC leaks.

Meanwhile . . . White House responds with a torrent of lies.

At a pre-trial hearing earlier on Wednesday, Assange asserted that he had been offered a pardon in exchange for publicly denying that Russia hacked Democratic National Committee servers during the 2016 election campaign.

Rohrabacher admitted in 2017 that he had tried to broker a deal between Assange and the White House.

But Grisham insisted to CNN’s Jim Acosta that Trump knew nothing of the deal.

Grisham on Assange: “The President barely knows Dana Rohrabacher other than he’s an ex-congressman. He’s never spoken to him on this subject or almost any subject. It is a complete fabrication and a total lie. This is probably another never ending hoax and total lie from the DNC”

April 4, 2017: “Later this afternoon, the President will have several meetings, including… Congressman Dana Rohrabacher…”https://t.co/awLK561HHL pic.twitter.com/dwNOJnQBwM

Sept. 24, 2017:
“Q: President Trump, will you meet with Congressman Rohrabacher to discuss a possible pardon for Julian Assange?

As we know, Trump shows up in his White House office around 11:00 AM, sends a few tweets, then returns to the family quarters for a Happy Meal, ice cream, and watching Fox.  And more tweeting.

Because — the noose is tightening on Trump.

Trump told Fox interviewer that his life was much better before he became President.

My life was much better before Trump as were the lives of most Americans.

The host of “The Rachel Maddow Show” read excerpts from the book.

“There was no doubt that Deutsche Bank had extensive business dealings with Russia, and those dealings included acting as a conduit for dirty money to get out of Russia and into the western financial system,” Enrich wrote.

“Deutsche, of course, was the only reliable connection that Trump, his family, and his company had to the mainstream banking world. And Eric Trump had blurted that Russians financed the family’s golf projects — even though it was Deutsche who had made the Doral loans,” he explained. “Perhaps this was more than a coincidence. Maybe Deutsche was what connected Trump to Russia. The rumor that had been ricocheting around Washington, New York and London was that VTB had in the recent past funneled dirty money to Trump via Deutsche.”

“VTB certainly seemed connected to Trump. Felix Sater claimed that VTB was facilitating travel and other arrangements for Trump’s team in 2016 as they discussed a possible Trump Tower project in Moscow. And there was no doubt that VTB had deep, long-standing ties to Deutsche,” he continued.

“Now the theory was that one of the reasons Deutsche had been willing to take such risks on loans to Trump was that it wasn’t actually taking the risks at all: VTB had agreed to secure the loans; if Trump defaulted, Deutsche could collect whatever it was owed from the Russian bank,” he explained.

“In effect that meant that VTB was the one lending to Trump — a direct financial connection between the Russian government and the American president,” Enrich wrote. “Deutsche executives insisted this was false.” 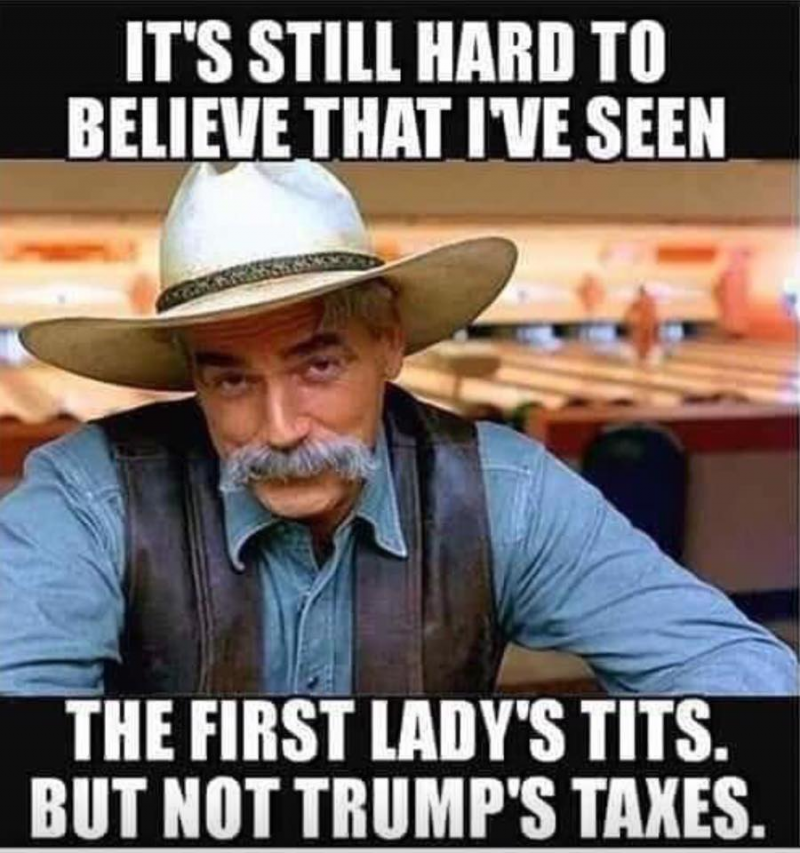 President Barack Obama noted the 11th anniversary Monday of the Recovery Act he signed, which set the stage for more than a decade of economic growth from depths of the worst recession in decades, and Trump lashed out hours later by calling those readily observable claims a “con job.”

“Eleven years later, the unemployment rate is down, the stock market is up and President Trump is raging on Twitter,” Brzezinski said. “He’s not happy.”

“Doesn’t like facts,” Scarborough said. “He doesn’t like numbers. It’s good for America. He should be happy about America doing well.”

“Exactly,” Brzezinski agreed. “I would think so.”

“You would think he would be,” Brzezinski said, “but he’s upset because it’s Obama.”

“The facts are the facts and, of course, facts are stubborn things,” Scarborough said. “John Adams may have said it first, Ronald Reagan loved talking about how facts were stubborn things, and here are the facts: That Recovery Act was signed 11 years ago. We’ve had 11 years of uninterrupted economic growth. It started with the majority through the Obama administration, and if you just take the three years that Donald Trump has been in office, you take that time period and you compare it to Barack Obama’s final three years, by just about every measure, Barack Obama’s economy was much stronger than Donald Trump’s economy.”

“What’s fascinating is,” he added, “the media runs around all the time, and they’ve been doing it for years, talking about — parroting what Donald Trump says about how great the economy has been. Yes, this is a recovery that began 11 years ago.”

Scarborough pointed to an Axios report from Monday showing six of the last 10 presidents had stronger economies than Trump, although average economic growth had so far outpaced Obama’s.

“Six out of the last 10 presidents have had stronger economies, bigger economic growth, bigger GDP growth than Donald Trump,” Scarborough said, “which means that once again, Donald Trump is in the bottom half of his class.”

A new book written by New York Times reporter David Enrich reveals that Deutsche Bank’s own general counsel was appalled that the bank kept Trump as a client, as he kept defaulting on debts even after all other banks had cut him off from funding.

A review of the book published in the Times reveals that Deutsche Bank was so desperate to have Trump as a high-profile American client that its private banking division kept lending him money even after its real estate division cut him off for failing to repay his loans.

“Deutsche’s brass was so in thrall to Trump’s celebrity, and so eager to expand in America, one division lent $48 million to cancel the debt on a Chicago skyscraper — a debt Trump had defaulted on with another wing of the same bank,” the review explains. “They bought his pitch as voters would. In what could serve as a requiem for the country’s lost innocence, the general counsel said, ‘What the hell are we doing lending money to a guy like this?’”

Much of the book does not deal specifically with Trump, however, and instead details an assortment of scandals that Deutsche Bank has been involved in, including “interest rate manipulation, Russian money laundering, currency dealings with rogue states, the collapse of Italy’s (and the world’s) oldest bank, hidden derivative losses, a high-level suicide,” according to the review. 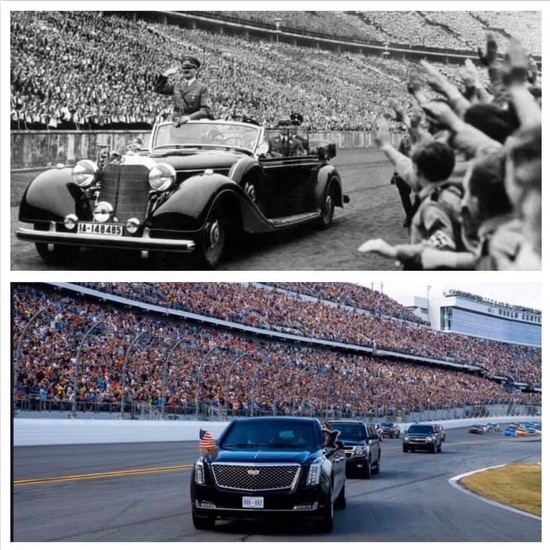 Paula White, a prosperity gospel minister who serves as President Donald Trump’s “spiritual adviser,” apparently believes her followers should live in the dark to help keep the lights on at her church.

A lengthy report on White by Mother Jones reveals that the Trump-loving preacher recently told followers at her Supernatural Ministry School in Miami that they could secure God’s favor by sending her church as much money as possible — even if that meant skipping their monthly electric bills.

In particular, White said that followers who send their money to Florida Power and Light (FPL) every month instead of giving it to her church are treating the electric company better than they treat God.
Defend democracy. Click to invest in courageous progressive journalism today.

“Instead of writing [that check] to the house of God as I’m instructed to, then what I’m saying spiritually is, ‘FPL, I have now established a spiritual law that put you first,’” White explained to her flock. “So, FPL, save my family, FPL, deliver my drug addicted son. FPL, kill this cancer that doctors say is in my body.”